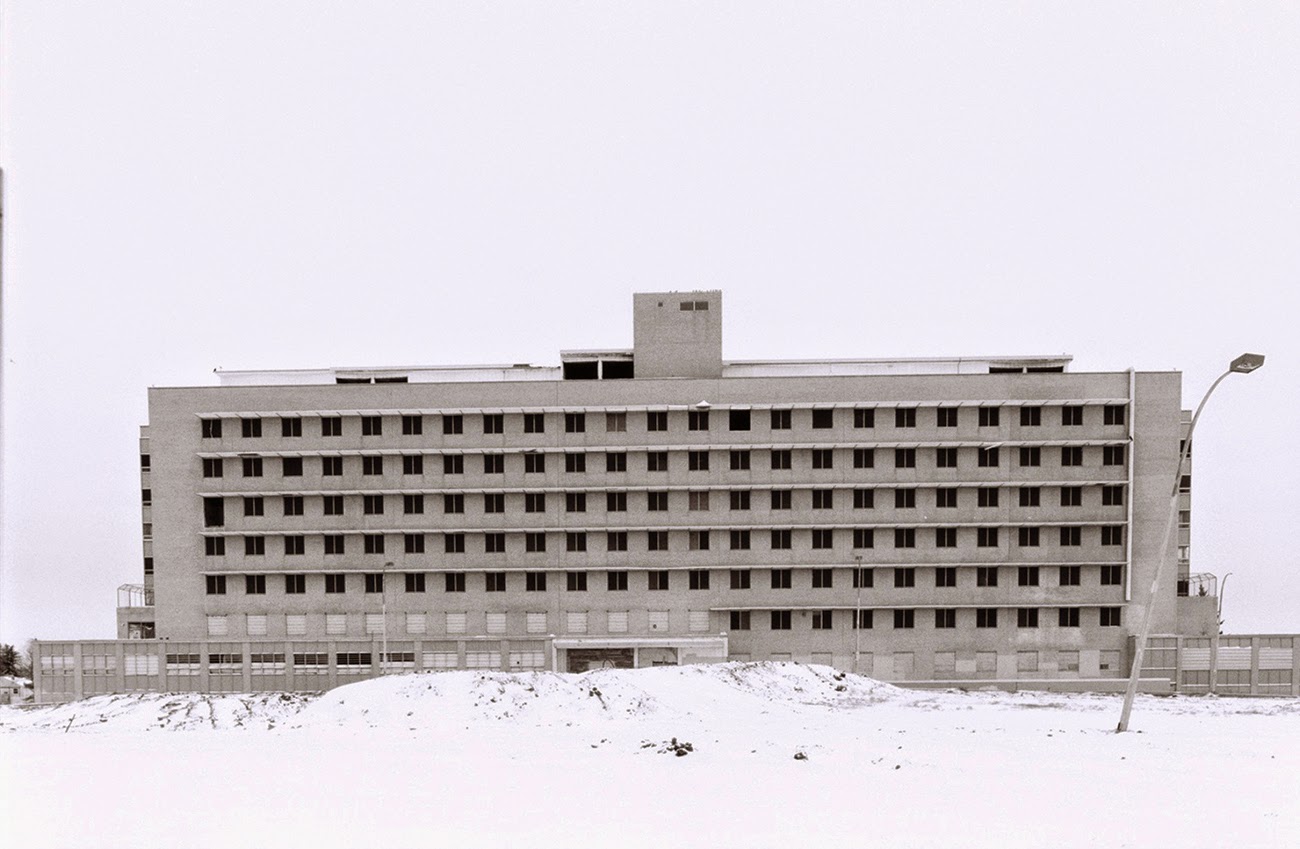 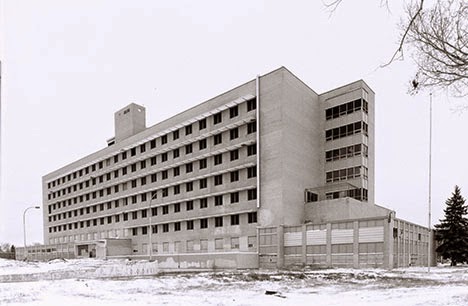 Recently a client asked me to make a photographic record of a building that, if all goes according to plan, will soon be re-purposed.  The hitch was that the government agency with influence on the project required that the photos be in black and white and on film.  And the photos were needed in a hurry.  I have a film camera but it is not well suited to this kind of work so I had to scramble.  I was able to source a Canon 650 film camera onto which my Canon lenses could be attached - most importantly my perspective control tilt/shift lenses.  The agent who sold me the camera was able to provide the film required as well so within 24 hours I was all set to go.

It was a little nerve wracking using a camera for the first time on a paying assignment, particularly when the client is along to direct things.  In the end the camera performed flawlessly.  These images are the scans made from the film negative with virtually no adjustment at all - you can see a little of the negative edge along the left side of each photo.

In the digital world files contain 'meta-data' that includes the date the photo was taken, the ISO settings, shutter speed and aperture plus some other stuff.  With film you get none of that; the negative would tell you the film particulars but as for the rest of the info who knows - unless you went to the trouble of writing it all down.  I didn't.  I can tell you that the photos were made on Kodak 100 T-MAX film with the Canon 650 SLR (constructed circa 1987)  fitted with a Canon 24mm TSE lens.  The 'long view' shots were taken at f/14 at around 1/20 sec and the straight on shot was taken at f/8 and about 1/100 sec.

The building featured here is the Charles Camsell Hospital in north central Edmonton.
Posted by Jim Dobie Photography at 5:00 AM