Winter at the Dog Park 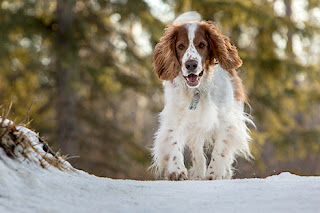 This is the companion photo to the image posted last week; this time featuring Banjo the Welsh Springer Spaniel.

Winter at the Dog Park 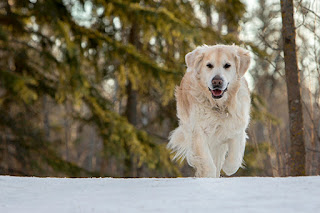 I had taken my big camera to the off-leash park a couple of weeks ago so that I'd be ready if I saw the Bald Eagle that has taken up residence there.  No bald eagle sightings but I did get this photo of our beautiful golden retriever, Parker.
Posted by Jim Dobie Photography at 8:49 AM No comments: 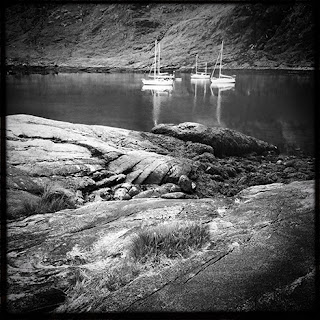 In the last 24 hours or so I've had a few discussions about the iPhone Hipstamatic app and Scotland; so I decided to post this photo from summer 2014 taken with the Hipstamatic on the Isle of Skye.
Posted by Jim Dobie Photography at 9:24 AM 1 comment: 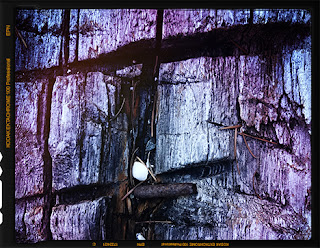 I was searching around on the internet for a template that would replicate film negatives and I came across one for Kodak Ektachrome film.  Ektachrome was a colour slide film manufactured by Kodak until the autumn of this year.

The sister product of Ektachrome was Kodachrome and although the two colour positive (as opposed to a negative) films had different technical characteristics one of the principal differences was that any motivated person could process Ektachrome whereas Kodachrome could only be  processed by Kodak.  Readers of National Geographic will recognize the look of a photo taken with Kodak Ektachrome film.

I took this photo with the iPhone Hipstamatic and framed it in Photoshop with the Ektachrome border.
Posted by Jim Dobie Photography at 5:00 AM No comments: 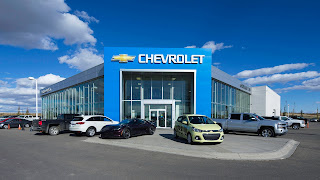 This car dealership has been open on this site for a few years and I have to say it presented a few challenges photographically.  Apart from the GM entry arch there's not much to it; and there's no landscaping close to the building which I totally understand; after all it's a car dealership and there's no place for trees and shrubs among the inventory.  One just has to work a little harder to get 'the shot' in these circumstances.

Another issue with photographing car dealerships is that the photos can become dated quickly as the vehicles change over time.  Astute car people will now that this photo was taken in the autumn of 2017 because some of the cars in the shot are from the 2017 model year and others are from the 2018 line up.
Posted by Jim Dobie Photography at 5:00 AM No comments: