The Things You See on Holiday 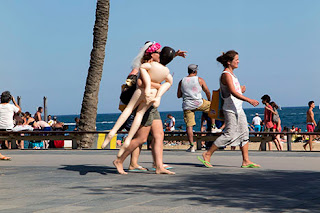 Taking a little time out to watch the world go by is something I seldom get a chance to do at home so I take full advantage when on holiday.  Seems the weirdest stuff is near the beach - as in this case.  Not sure if the fun was ending or starting but either way that inflatable fella is going to have to pay full fair on the city bus.
Posted by Jim Dobie Photography at 5:00 AM No comments: 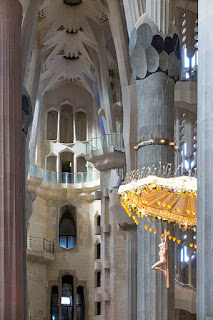 Basílica i Temple Expiatori de la Sagrada Fa; more commonly known as simply Sagrada Familia (Church of the Holy Family) ranks up there as one of the worlds greatest and most baffling buildings.  Located in Barcelona, construction began in 1882 and progress has been a little slow.  It is a vast and highly decorative place recognized by UNESCO has a World Heritage Site.  While statistically impressive (170 metres tall, 18 spires and capacity for 9000 people) the building itself is almost impossible to describe.  It is highly decorative and in no way traditional compared to other European religious buildings.

Although widely heralded as the architect of Sagrada Familai, Antoni Gaudi was not involved from the beginning.  He took over one year after construction started.  Construction is scheduled to be completed sometime in 2026, the 100th anniversary of Gaudi's death.
Posted by Jim Dobie Photography at 5:00 AM No comments:

Covent Garden is a fantastic place where hours and hours can be spent.  Thee has been a Market on this site since the 7th century when the land was mostly agricultural.  By the 18th century Covent Garden was an open air fruit and vegetable market that was surrounded by taverns, brothels and other nasty establishments.  It was a very seedy place that required an Act of Parliament to correct.  The market was relocated and several new buildings were erected to give the market defined spaces.  The Royal Opera House, Theatre Royal Drury Lane and the London Transport museum are located at Covent Garden. 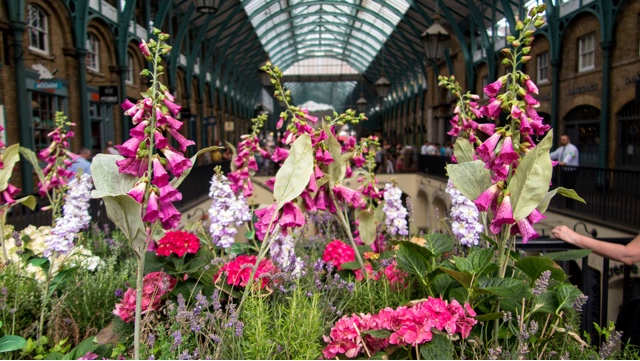 Posted by Jim Dobie Photography at 7:21 PM No comments: 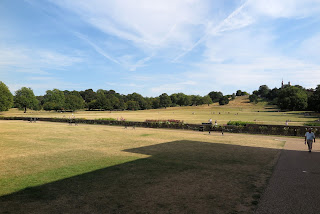 This isn't that remarkable a photograph but there's something to take note of here.  It was taken at Greenwich, a 45 minute cruise along the Thames from central London - that's the Royal Observatory on the extreme mid right.  This broad expanse of parkland was the scene of the equestrian events at the 2012 Summer Olympic Games.  There had been a good deal of concern with using this cherished public park for an event that detractors felt would leave a permanent blemish.  Organizers provided assurances that the park would be left as it was or in better condition than before - clearly they were true to their word.

Posted by Jim Dobie Photography at 5:00 AM No comments: