Tenth Anniversary - A Look Back 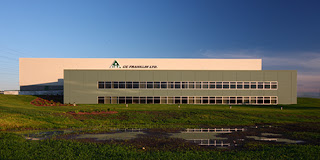 This photo was taken in the summer of 2008.  CE Franklin was a major supplier to the energy sector and was purchased by another company in 2012.  This was their office and warehouse building in southeast Edmonton.  Photographed for the Architects.
Posted by Jim Dobie Photography at 5:00 AM No comments: 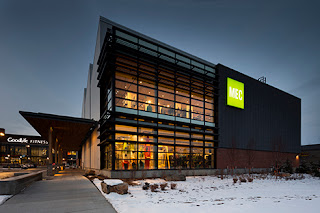 The architects specifically asked for some dusk shots of the new MEC building in Edmonton - this is one of my favourites.
Posted by Jim Dobie Photography at 8:43 AM No comments: 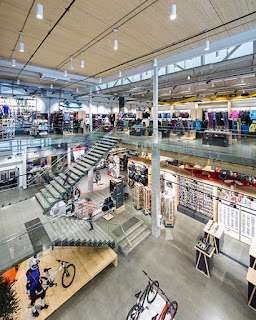 Mountain Equipment Co-op has been an institution in Canada for decades.  They recently relocated to new premises in the Brewery District, Edmonton.  I took a series of exterior and interior images of the new building for the architects.
Posted by Jim Dobie Photography at 5:00 AM No comments: 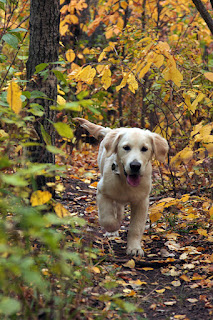 On May 05 our golden retriever Parker will be ten years old.  This photo was taken in the autumn of her first year with us.  Because of her name people sometimes think she's a boy; her name was suggested by our neighbour who, because we live in Parkview, thought our pup should be Princess Parker of Parkview.  And that was that.

She was born in a big barn in Yorkshire, England and is the second dog we have acquired from the same breeder.  In the files of The Kennel Club (UK) and the Canadian Kennel Club she is registered as Gloi Heavens Promise.  Gloi is the breeders registered kennel name and Terri suggested the Heavens Promise part.  By any name, she's a perfect dog and ascended to the role of Queen of the House years ago.
Posted by Jim Dobie Photography at 5:00 AM No comments: