Time for a New Camera? 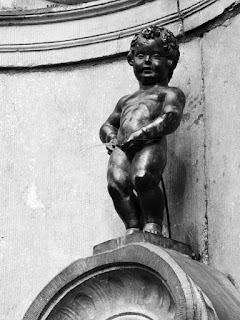 The web is filled with articles that discuss the virtues and features of all the world's cameras.  I'm going to try and distill this subject into the most basic issues - if you want to drill deeper into any or all aspects be my guest.

Firstly, I should clarify that this commentary is directed at the digital camera world - while some of it applies to film cameras, most of what I have to say is based on the assumption your're shopping for a digital camera.  I'm also making the assumption that you're looking for a 'normal' camera; that is to say one that is probably in stock from any respectable camera store.  Chances are that if you're in the market for a camera that costs the same as a decent car or that is a 3 month special order from Germany you don't need much advice from me.

A Modern Miracle - and a Camera in Every Pocket...Or Purse...or Belt Clip...

I remember when the first camera - cell phones came out.  The first few models turned out to be not much of a camera and weren't particularly good phones either.  But it was revolutionary concept and paved the way to modern smart phones.  Most smart phone cameras will take a good quality image and for general purposes they are fine.  Most importantly it means that you'll always have a camera with you so you'll never miss a photo opportunity.  There are loads of images in books, on line and in galleries that were recorded with these amazing devices.

The number of apps available for smart phones are numerous and each of them brings their own twist on photo making.  There are apps that stitch photos into amazing panoramas, apps that simulate toy film cameras, etc.  You can edit the images in-camera and upload to social media if you're into that.  You can also buy hardware that will convert your smart phone lens into a powerful telephoto lens.

I have my smart phone with me all the time and sometimes when I'm out with my big camera I'll take a break form fussing with tri-pods and filters and whip out the smart phone.  The world looks very different through the tiny smart phone lens and I usually have some great photos taken with it mixed in with the batch taken with the 'big thumper' camera.

The smartphone camera is respected as a legitimate tool in the world of fine art photography and is in many ways the modern version of the traditional hobby camera of days gone by; a simple, easy to use device that is ready at hand and therefore gets a lot of use.  The inherent limitations are the whole point, plus you'll take more photos because it's handy and if you put the effort in you'll be a better photographer because if it.  I've been heard to say many times that Rembrandt would have made great art with a box of crayolas and roll of newsprint; simple is best sometimes.

The Point and Shoot Camera

Even a cheap point and shoot camera will take great pictures.  At a low price point the features will be more limited and the image quality will not be at the head of the class.  Chances are the sensor will be small and the pixels will be fewer and of less quality.  With every digital camera the process of taking a photo involves exposing all those pixels to light and colour information that the camera processes and renders as an image.  The more sophisticated this data collection system is and the more efficiently the camera converts the data to an image the better the file will be and the more it costs.  You can study up on line about sensor sizes and the virtues of the different sensor types but the bottom line is that a small unsophisticated sensor will not perform to the same standard as a larger more complicated one.

As one moves up the price range in the point and shoot realm the sensors become larger and produce better quality photo files.  Features get added too, both in terms of camera operation and the information that gets embedded in the files.  Things like facial recognition, GPS data, copyright information etc. are becoming commonplace as is GPS metadata that gets embedded in the file.  Some are now WIFI enabled so the need to post immediately to social media directly from the camera is facilitated.   For my money though the most critical feature in a point and shoot camera is it's ability to allow for manual control and record files in both RAW and JPEG format.  My cameras are almost never in any type of AUTO mode; pro cameras don't even have an AUTO setting.  There's a price to pay for a point and shoot camera that does these things both in terms of cost and the cameras are a little bigger but I'm OK with that.  For me the number one thing is image quality; everything else is secondary at best or not important at all.

A quick look at my preferred camera store's website revealed that the cheapest point and shoot camera they have is on sale for $79.95.  At the upper end of the scale you're in for $400 to $700.

In tomorrows post we'll take a look at the digital SLR, mirrorless and range finder cameras.

Today's photo was taken in Brussels with a Canon G11 point and shoot mode; RAW Image capture edited in Adobe Lightroom and Photoshop CS5.
Posted by Jim Dobie Photography at 5:00 AM