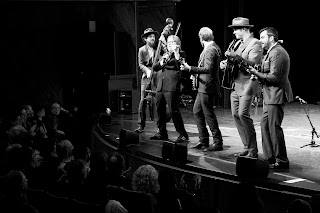 There are various tools one can use to measure success; for some it's about the accountants report and for others it's looking at the total hours spent or the sheer volume of work performed.  To be honest, I look at those things too but the real measure of success is to review the objectives set out at the start of the year.  These goals tend to remain the same each year: (1) Maintain the client base, (2) add new clients, (3) tackle some projects that are more challenging than usual and (4) have some fun without going stir crazy.

I was able to continue to serve some of my long time clients in 2015 as well as add 6 new clients to the roster, some from Edmonton but a couple from other parts of the country.  I also started my largest every assignment, interior and exterior photos of the new Edmonton Federal Building.  This project involved multiple visits to the building as I was tasked with photographing all the interior spaces (my there are a lot of them) and the exteriors from all angles and at different times of day.  So far there are over 200 images completed and turned over to the client, and I'm not done yet.

There were a few photo road trips to southern and eastern Alberta in 2015 - these can be very long days with a lot of time in the car hoping the weather holds and that the forest fire smoke dissipates .  As for assignments that were particularly enjoyable the Steep Canyon Rangers concert in February was a blast and I really had a good time shooting the Meadows Rec Centre and the new Victoria Park Pavilion.  I did an air photo assignment on Fathers Day that required chartering a helicopter - that was quite a lot of fun too.

We did not travel as much in 2015 as we've done in previous years.  Our summer trip to Washington DC was great.  I've said to many people that if you only have time to see one thing in DC go to the Holocaust Museum.  You will be affected for life.  And if there's time for a second excursion I recommend the Korean War Memorial - a true stand-out in a city of monuments and memorials - there are loads of things at which to point ones camera in DC.

For today's post I've included a shot of the aforementioned Steep Canyon Rangers concert - this was their final number of the night which makes this photo seem somehow fitting for the last post of 2015.

Posted by Jim Dobie Photography at 10:34 AM