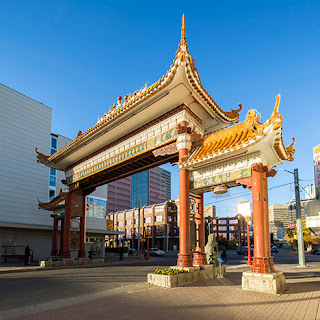 Known as the 'Chinatown Gate', the structure marks the entrance to an area of downtown that once featured many Chinese businesses many of which have now closed or relocated making the future of the arch uncertain.  It looks rather glorious in the morning light don't you think?
Posted by Jim Dobie Photography at 5:00 AM