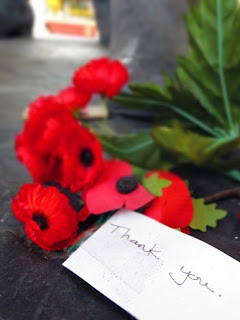 I remember a time when you'd see a car with veterans registration plates on it and the driver was typically an elderly man; a veteran of World Ware II or maybe the Korean war.  Nowadays a car with such a registration plate could just as easily be driven by someone half my age and there's every possibility the driver could be female.

What do you say to someone who has put themselves in harms way for us?  There are no words big enough to express that kind of gratitude.

Photographed at the RAF Bomber Command Memorial in London, August 2013.
Posted by Jim Dobie Photography at 5:00 AM