Not My Grandfathers Police Station 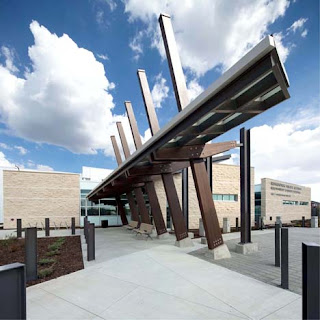 My grandfather was a policeman in Edmonton.  He retired as Inspector Charles Halliday in January 1962.  On the occasion of his retirement Chief Constable Anthony wrote to him saying in part:

'A police officer acts as a citizen representing the rest of the community and exercising powers and performing duties entrusted to him by his fellow citizens.  He must gain the confidence and admiration of the general public by performing his duties with complete impartiality over all persons whether they are rich or poor, ignorant or intelligent.  Moreover, the police officer is the embodiment of law and order and the burden of discretion and responsibility placed upon him is much greater that that of any counterpart in the other branches of public service.

Since your appointment to the City of Edmonton Police Department in 1928 you have displayed to members of the Force all these qualities and have exercised methods which have not only encouraged respect for authority but also fostered those feelings of self respect and personal honour so essential to the high standards of discipline and efficiency.

I have the highest praise for the manner in which you performed the arduous duties of your office. Your conscientiousness, although materially lost to the Force by your retirement, will live on in the Members your have supervised and guided through the years.

May your retirement be long and happy.'

Inspector Halliday would hardly have recognized this building as a police station but this photo is dedicated to him nonetheless.

He died after an eight year retirement on Good Friday, 1970.
Posted by Jim Dobie Photography at 5:00 AM